Book launch: ‘The AI Republic: Building the Nexus Between Humans and Intelligent Automation’

Book launch: ‘The AI Republic: Building the Nexus Between Humans and Intelligent Automation’ 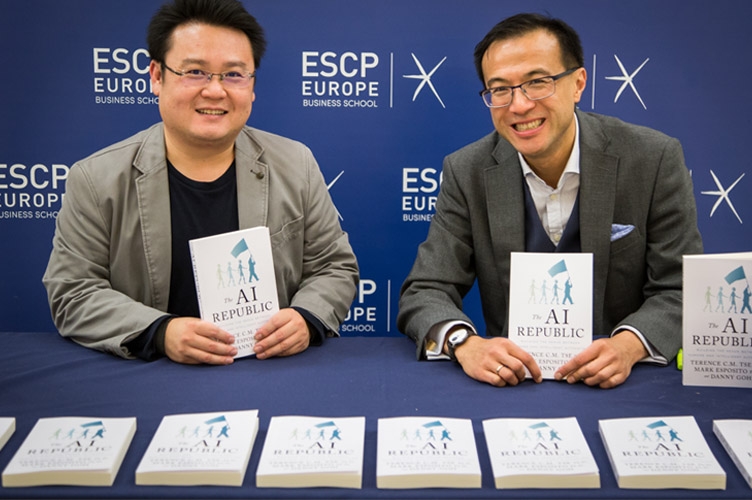 ‘The AI Republic’, co-written by Dr Terence Tse (Professor of Finance and Academic Director of the MSc in Digital Transformation Management & Leadership at ESCP Business School and Co-Founder of Nexus FrontierTech), Dr Mark Esposito and Danny Goh, is for anyone curious about a future shaped by Artificial Intelligence, explaining how we can build a shared space where humans and intelligent automation work together.

During the event, which was attended by many ESCP students, alumni and external guests, Tse and Goh focused on demystifying AI as a life-changing but often threatening technology, and provided examples of how it could serve a purpose in business. They also suggested that artificial intelligence will radically change our lives, just not in the ways we initially imagine (such as massive job elimination).

Tse and Goh emphasised the myths that need to be debunked and the opportunities ahead of us to reform our societies in the light of new AI technologies. Following this line of thinking, they offered certain ideas of career directions in tomorrow’s job market.