The Creativity Marketing Centre (CMC) at ESCP Business School was proud to announce a new series of academic research seminars in London for spring 2014, focusing on new, exciting, creative topics and approaches to the broad field of marketing.

The seminars featured leading academics in the field to discuss their current research with the CMC team and guests. Each 2-hour session included a networking lunch, presentation by the invited expert on the theme, open discussion and time for questions. Attendance was free to marketing faculty and PhD students from all academic institutions.

The End of Stigma? Understanding the Dynamics of Legitimisation in the Context of TV Series Consumption

This research focuses on the consumption practices and meanings associated with television series. Specifically, we investigate the tensions in consumer narratives arising from traditionally negatively-laden television consumption and the positive evaluations of current television series viewing, gained from increasing legitimisation and normalisation processes. Using in-depth interviews, we show that these tensions generate complex dynamics through which legitimisation is accompanied by the reproduction of existing stigmas and the creation of new stigmas.

Five key narratives were identified. First, the role of new practices in the legitimisation process of TV series consumption emerged: Consumers watch TV series less on television than using streaming, downloads or DVD box sets. These practices allow watchers to engage in TV series consumption while distancing themselves from the negative connotations associated with television as a medium. Second, this process is facilitated by a shift from consumers’ bond to TV channels’ schedule and agenda, to consumers’ perceived control of their viewing time, accessing series online or using DVD boxed sets. Third, a process of ‘reverse stigmatisation’ was identified: Whereas TV series viewers used to be stigmatised, those who do not watch any TV series would now be stigmatised as outside the norm. Fourth, the normalisation process does not apply to all TV series and is contingent on the low social status of the perceived audience. Fifth, new stigmas are appearing as new practices develop. A key example of such practices is binge-watching i.e. watching several episodes of the same TV series in a row. 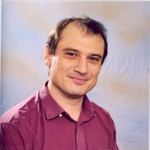 Julien is a Lecturer in Marketing at Aston Business School since September 2011. He obtained his PhD from HEC Paris in 2009 and spent two years as a lecturer in Marketing at Loughborough University from 2009 to 2011. Previously, he spent several years in industry as a Brand Manager in a multinational company. Julien’s main research areas of interest are Shopping Behaviour (in-store consumer behaviour and shopping motivations) and Advertising (advertising models and consumer information processing).

Julien’s work has been presented at several international conferences and is published or forthcoming in academic journals such as Journal of Marketing Research, Journal of Marketing Education and Advances in Consumer Research. Julien is also a member of the Editorial Board of European Management Journal. He received the 2010 Fnege-AFM Award for the Best French Dissertation in Marketing and the 2010 HEC-Foundation Award for the Best Dissertation in Management Science. In 2007 Julien won the Havas Media Research Award for his research in Advertising.

How imagining a positive future shapes behaviour in reality

Many people believe that imagining a positive future increases motivation and results in real success. This is not necessarily the case. In some ways, positive imagery of idealized experiences does guide action. Positive mental imagery creates a preference for learning about pros rather than cons of the imagined future, and may influence choice in the direction of the imagined future. However, imagining an idealized future allows it to be mentally enjoyed in the present, rather smoothly and easily, leaving people unprepared to invest many resources (i.e., much effort, money, time) to actually attain it. Accordingly, when acting toward the imagined future demands many resources, positive fantasies dampen rather than boost action. They translate into low success over time on demanding tasks, and this effect is explained by feeling relaxed rather than energized to invest effort. These findings indicate that positive fantasies about an idealized future are not sufficient to ensure success, and may often hamper it. I will discuss implications for consumer behaviour and marketing. 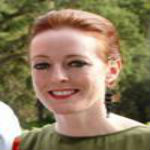 Heather Barry Kappes is a Lecturer in Marketing at the London School of Economics and Political Science. She joined the LSE in 2012 after earning a PhD in Social Psychology, with a minor in Quantitative Psychology, at New York University. She conducts research on motivation and goal pursuit. Heather is particularly interested in identifying unintended and potentially undesired consequences of individual and group self-regulatory strategies. Her research integrates work from decision-making, consumer behaviour, organizational behaviour, and psychology, and uses a variety of methodological approaches, measuring decisions, goal-striving behaviour, emotions, implicit cognition, and physiology.

Take their Word for it: The Symbolic Role of Linguistic Style Matches in Online User-Communities

An increasing number of companies assume that user communities can be leveraged to provide access to their end users’ insights and resources (Dahlander and Frederiksen 2012). However, the benefits of this assumption have not always been realized; at least half of newly established user communities fail to sustain the quantity and quality of their members’ participation (Ransbotham and Kane 2011). With virtually no barriers to switching to various alternative user communities (Iriberri and Leroy 2009), members’ social integration and identification with the community is the key reason they stay and participate (Kohler et al. 2011). Yet the socialization in these communities remains largely under the radar due to the inability to measure and track members’ psychological states. Quantitative, surface-level parameters like post and visit counts do not suffice as indicators of members’ integration and ongoing participation (Moran and Gossieaux 2010). Similarly, surveys in these settings suffer from low response rates and hence cannot provide access to members’ psychological states.

New managerial insights on members’ social integration and participation in user communities may however emerge from their communication styles in their posts.

(Herring 2001). While users contribute their ideas and views via such posts, the style in which they are formulated also serve as in vivo tests, providing information about consensual behavior and the extent to which members agree to it (Fayard and DeSanctis 2010). Although user communities thrive on diversity in members’ ideas and views (Di Gangi et al. 2010), patterns of subtle similarities in the way members converse may thus indicate an active process of social integration, which drives members’ ongoing participation. 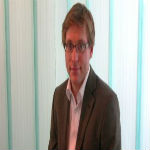 Having graduated with Honours in the Bachelor of Business Science at the University Cape Town, Stephan completed his studies with a Master of Science in strategic marketing at the University Maastricht. Next to his dissertation on the business implications of online customer conversations, he worked part-time as a research consultant for InSites Consulting.

Stephan then was employed as a Market Research Consultant for the financial service industry at YouGov and currently is a Senior lecturer at the University of Westminster.

Stephan has worked as a market research consultant for InSites Consulting and YouGov Deutschland. His work predominantly included research and consultation in the financial service industry, FMCGs and for strategic consultancies.

Consumption experiences of poor people: Knowledge from the Bottom of Pyramid and Transformative Consumer Research

This research puts in perspective the challenges of both existing approaches on poverty: the Bottom of Pyramid and the Transformative Consumer Research. To this aim, we explore the experiences of French poor people, a quite recent category of consumers in marketing. Evolving in a disadvantaging system of consumption, these consumers maintain a relation with consumption that we have analyzed under two angles: the issue of needs, and the one of competences.. 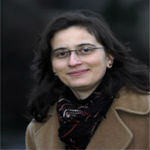 Her research topics focus on theoretical issues in transformative research and in consumer culture theory (consumer resistance, ethical consumption, acculturation, identity projects); social marketing and public policy implications (e.g., immigration, fair trade, sustainable development). Her research has appeared in Recherche et Applications Marketing, Revue Française de Gestion, Décisions Marketing, Marketing Theory, Consumption, Markets and Culture, Journal of Business Research, Journal of Business Ethics and Journal of Marketing Management. She also served as an editor for “Marketing management: a cultural perspective” (2011, Routledge) and “Le commerce équitable: entre utopie et marché” (2008, Vuibert). She is a co-founder and former president of FairNESS (Network on Exchanges in Social Sciences) and a member of the ACR and AFM. She is currently serving on the editorial review board of the journal Consumption, Markets and Culture, Décisions Marketing, Perspectives Culturelles de la Consommation and Journal of Marketing in Brazil. She remains active in the French Marketing Association, the Association for Consumer Research, and the Association for Consumer Culture Theory.