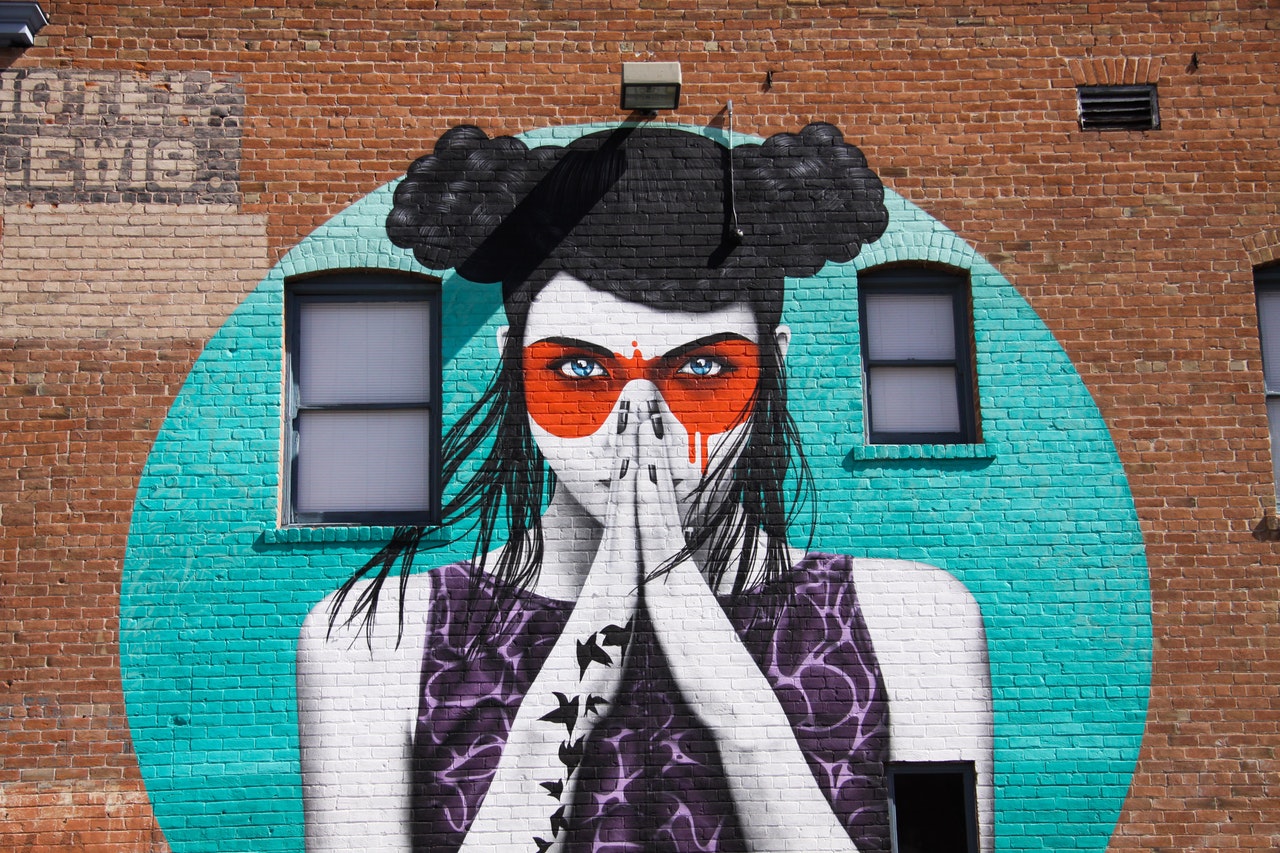 Over the last decade street art creativity has entered various domains of consumer life, such as public space (e.g., the apartheid wall in Palestine, JR’s ‘Women are Heroes’ project in Brazilian favelas, etc.), museums (such as PAC in 2007, Tate Modern in 2008, and Centre Pompidou in 2011), art auctions (both off line and online), street wear (e.g., Adidas, Diesel and Puma), commercial communication (Ikea, Nokia, Porsche), and even luxury (e.g., Stephen Sprouse‘s 2001 Graffiti collection, re-edited by fashion designer Marc Jacobs in 2009, for Louis Vuitton).

The result is particularly surprising if we look at the pristine ideology inspiring street art as a global phenomenon. Despite the multiple forms of street art (writing, stencil, graffiti, sticking, poetry, urban design, etc.) and conflicting discussions about what should be meant by street art (e.g. including or rejecting graffiti; Galal 2009), some commonalities can be traced across its forms and exponents. Among others, germane expressions of street art outline that they: (1) are located in public spaces; (2) are therefore offered to public scrutiny and enjoyment for free; (3) challenge the established idea of private property; and, (4) represent a form of resistance to overconsumption and materialism.

With reference to the last point, street art contestation of capitalism has been ideologically expressed in terms of ‘brandalism’. By brandalism Banksy – a foundational figure in the field of street art – means consumers’ resistance to the power of brands. Notably, brandalism appears in the work of many street artists, either as an ironic elaboration of iconic brands (e.g. Pao‘s décor of public toilets) or as a more extreme, bloody representation of them (e.g. Zevs‘s ‘liquidated logos’). More recently, brandalism has been used as a collective project of re-appropriation of city scapes in the UK, which resulted in the use of traditional spaces for outdoor commercials as outlets for street artists’ work.

How could it happen that street art has been domesticated by the market? I offer three main explanations. First, as we observed in an article that appeared in the Journal of Advertising (Borghini et al. 2009, p. 113), “Some street artists are themselves employed in the advertising industry, and some aspire to become advertisers.” As such, the visual rhetoric of street art is informed by advertising rhetoric. Second, some street artists have been seduced by the market sirens. When museums, art auctions, and even companies started flirting with street artists – and they still do! – some of them simply accepted to overcome the foundational principles of street art: (1) from art in public space to art in private spaces; (2) from art for free to art for money; (3) from public ownership to private ownership; and, (4) from an expression of ideological contestation of the market to a compliant form of market exchange. Third, and more remarkably, I suspect the incorporation of street art counter-ideology within established market ideology also represents a way to grant street art sustainability. A counter-ideology has two main ways to survive: either it succeeds in overthrowing the dominating system (in our case, capitalism) or it becomes part of the dominating system.

Each of us is free to conclude whether the epilogue of street art is desirable or not. Personally, I look nostalgically at Banksy’s early interpretation of the movement:

“Imagine a city where graffiti wasn’t illegal,
a city where everybody could draw wherever they liked.
Where every street was awash with a million colours and little phrases.
Where standing at a bus stop was never boring.
A city that felt like a living breathing thing which belonged to everybody,
not just the estate of agents and barons of business.
Imagine a city like that and stop leaning against the wall – it’s wet.”