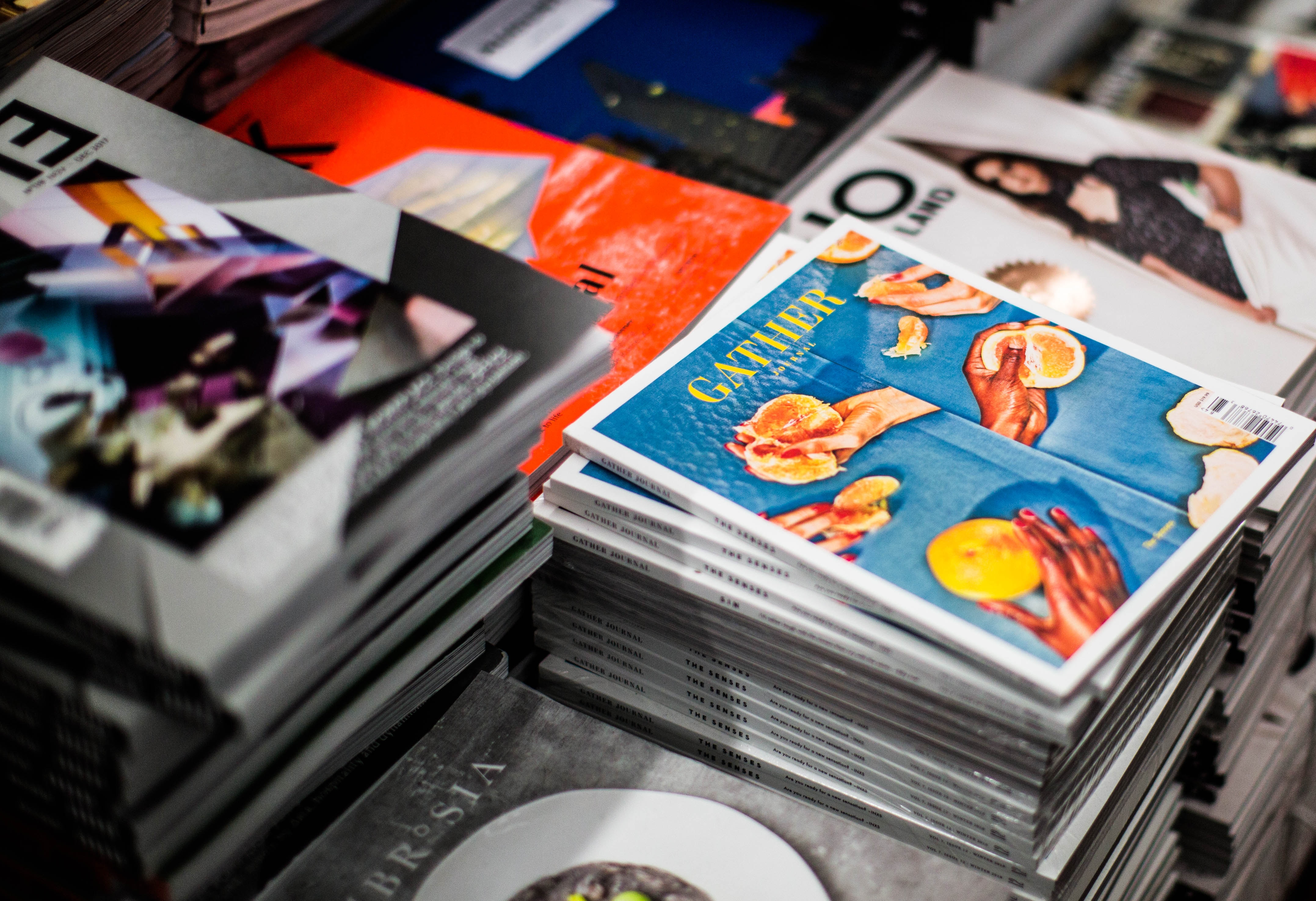 Jessica Circi, MSc in Marketing & Creativity Class of 2014, reveals to us that print is most certainly not dead and how digital has only made the industry evolve. She also tells us about the excitement of starting a business in Asia.

What is your current position?

I am currently a regional director of business development for a Singaporean company called Acceler Asia. The company helps European and American startups enter Asian markets. We essentially ‘test the waters’ for them and recommend on which markets would be most fruitful for their products. We then manage all these accounts until they are stable enough to set up an independent office in Asia. I am responsible for three tech companies who are interested in entering and expanding into Hong Kong, Thailand, Philippines and Taiwan.

What was your position before starting at ESCP Business School?

Before joining ESCP Business School, I was working for my family’s publishing company based in Rome, Italy. They focus on very niche print publications and small gadgets for distribution in traditional kiosk stands. When I say niche, I really mean it. I’m referring to magazines dedicated entirely to knitting, fishing or religion. The type that makes you wonder who on earth would ever buy one. In other words, magazines that most people (including my freshly graduated self) would find old fashioned and unexciting.

Today, I know that not everything needs to be digital and glossy to be successful. In fact, outside urban cities, those traditional kiosk stands remain a major distribution channel that reaches a huge part of the population. This may not necessarily be the case for certain content brands, but it is definitely the case for all other products that fit into the channel e.g. collectables, figurines, calendars, stickers, colouring books, selfie sticks or beach toys imported from China.

Still, at the time, my dream was to get involved with the digital side of things to find new ways to market an old industry. 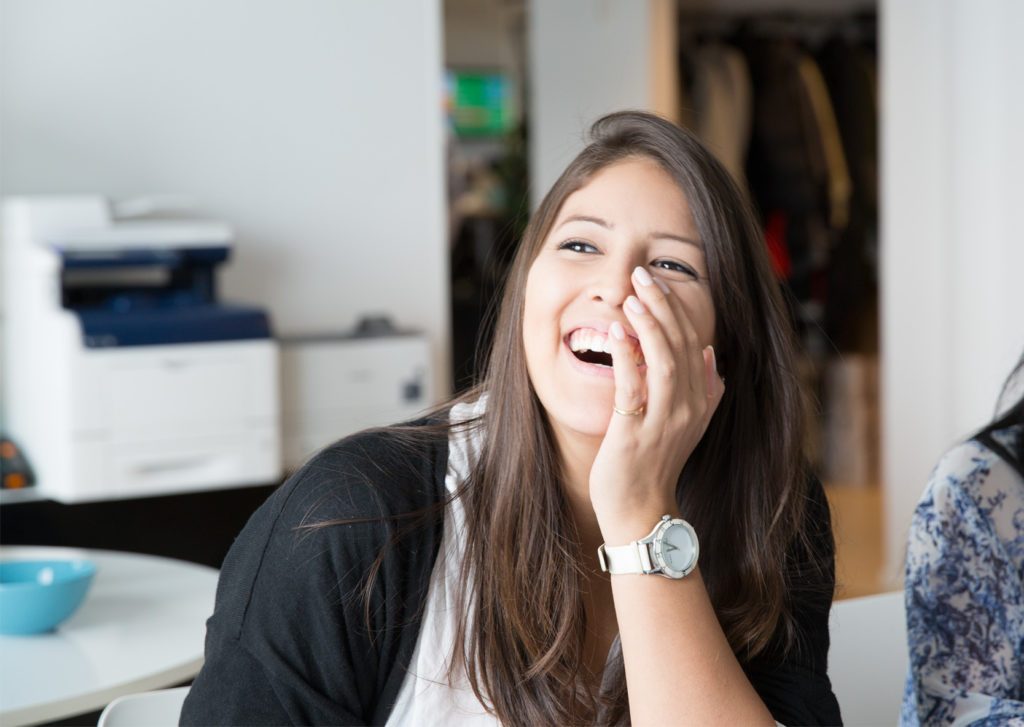 What was it like working for a print publication in today’s digital age? Are you finding that this industry has had to really think creatively given this new challenge?

Newspapers and magazines have always got people excited. Having your face printed on a newspaper was a sign of success, promoting your product on a magazine would drive up revenues and being a columnist would give you power. Unfortunately, I am part of a generation that saw this excitement fade away and move to screens. It all happened very fast. Risk-takers started marketing themselves by creating blogs and it seemed they were winning over the sceptics.

Surprisingly, we are now seeing digital publishers recognise the value of print and producing physical copies to support the content they post online. I guess they realised that people don’t pay to read something on a website. They pay to flick through glossy paper.

I am struggling to select a good example to mention because there are so many! I think the most talked about magazine for this topic was Newsweek which is a leading American news publication. The magazine completely abandoned its print version in 2012 to solely focus on digital as they, like many, thought print was dead. Two years later, Newsweek announced they would start printing again.

Another top publication that comes to mind is CNET magazine. What I find most interesting is how much print publications are valued by digital giants of various industries. The luxury fashion online retailer Net-A-Porter launched the print edition of their online magazine The Edit in 2014 as print still remains the highest read form of fashion content. One more digital giant that turned to print is Airbnb’s magazine Pineapple. Everyone talks of a battle between digital and print when, the truth is, they are not mutually exclusive at all.

I love that. So in your opinion, print is not dead, it is merely a valuable extension of the content you find online?

Print is most certainly not dead, just like TV and radio. Weren’t they meant to die years ago? What print is doing is merely evolving. Sales of poor quality and mass-market printings might be decreasing but there is a new appreciation for hardback copies. Holding a physical piece of content that someone bothered designing, printing, binding and distributing feels more precious, important and reliable. That’s why people feel more honoured to be interviewed for an issue that is going to be printed rather than a blog. It is also why a nice hardcover still makes a great present and a url doesn’t. I think this is the case for anything that is printed, whether it’s newspapers, magazines, books, letters or leaflets. Comparing digital to print is like comparing a Primark bag to a Prada one. You don’t buy a Prada because you need a container to carry your phones and keys. Online content does the job, but it is not kept on people’s bookshelves. I’d want my brands to do both.

Please tell me a bit about your career path since graduating the MSc in Marketing and Creativity.

Towards the end of the course, the MSc in Marketing and Creativity professors  announced that the digital department of Hearst Magazines UK (publisher of titles such as Elle, Cosmopolitan and Esquire) would offer two positions to our class. It couldn’t have turned out more perfectly when I was offered one of roles. After my time at Hearst, I moved on to writing supplementary industry reports for newspapers such as The Guardian and The Times which brought me to Malaysia, Mexico and the Philippines. I was essentially interviewing political figures and CEOs operating in fast growing economies and selling advertising to back the report. As a marketer, I got excited by the huge opportunities arising in Southeast Asia and ended up staying in the Philippines to do just that: help companies explore these ‘mysterious’ markets. My first account was a company called Kiosked, which has become the leading Advertising and Automation platform helping digital publishers generate more revenue with programmatic ad placements.

What is it about the startup world that stimulates you? Do you think this is a great time to start your own business?

I’m a little cheater here because I work with startups that have already raised millions and are already well established in Western markets. I am basically only involved with the fun stage of working in a startup: growth. Still, there probably couldn’t be a better time to start a business especially in the UK where government schemes try to incentivise entrepreneurs in every way they can. I hear of people getting some sort of interest from investors every week. Yes, 90% of them will fail, but, as cliché as it may sound, simply trying to start something of your own is by far the best creativity module you could ever take.

Do you find yourself having to be creative at work?

All the time. And I don’t think I could have moved to this many places or done this many things if I hadn’t been in all my jobs. I had debated on whether to pursue my studies in marketing until the very last minute. In fact, I think I kept debating it throughout my studies too. There’s a big stigma attached to ‘girls who study marketing’ and they are often thought of as lazy students who just want to have fun and end up re-arranging consumer products in supermarkets for a living. But every day is a reminder of how creativity and marketing are really the only things you need to make products sell and businesses work.

How easy or hard is it to start your own business in Southeast Asia?

People in Europe only ever think of Southeast Asia as a gap-year or honeymoon destination. But the opportunities here are huge, especially in developing countries where a lot of products and services don’t even exist. You can often be the first one to introduce something and it would not be because someone has tried and failed before, but because, very simply, no one has bothered looking into it yet. I’m not saying it’s a piece of cake but there is definitely a lot of space for business.

Whom do you consider to be your influencers? What websites/blogs do you regularly check?

Anyone and anything that pops up on my LinkedIn. Plus Campaign Asia, Tech in Asia and eMarketer.

What advice can you give to budding entrepreneurs?

Ask! Whether it’s for advice, money, favours, introductions… pick up the phone and ask. In the worst case scenario, you’ll have to roll up your sleeves, but you’re meant to do that anyway! Something that might cost you time and effort, might be effortless for someone else. You’ll be surprised at how many burdens you can skip by just asking. Also, by asking people for help, you are essentially spreading the word about your project and expanding your network.

How did the content of the MSc in Marketing and Creativity inspire the decisions you’ve made in the past few years?

One of the most memorable classes I attended at ESCP Business School was taught by Roberto Berardi, visiting from the Turin campus. I found his experience with tissue giant Kimberly Clark very interesting. He had somehow made being in charge of toilet paper sales sound really fun! I think that was one of the first times I thought sales might not be as boring as everyone was making it sound.

Impressed by Jessica’s career path and curious to know more about the programme that equipped her with the tools to get her there? Check out ESCP Business School’s Marketing and Creativity programmes: