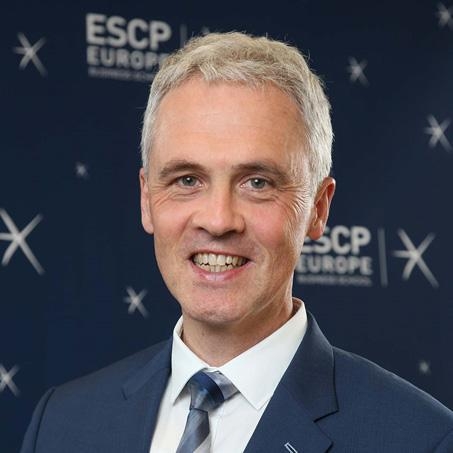 Professor Frank Jacob is a member of the European Department of Marketing at ESCP Business School and located at their Berlin campus. He studied business administration at the Universität des Saarlandes where he graduated in 1989 with the degree of Diplom-Kaufmann. During his studies he was an exchange student at the University of Michigan in Ann Arbor (USA) from 1985 to 1986. In 1989 he began work on his Ph.D. while being an assistant lecturer at Freie Universität Berlin. From this time on he specialized on business-to-business marketing issues. Professor Jacob earned his doctorate in 1994 with a dissertation on product customization in the industrial sector. He continued his academic career with a Habilitation project (post-doctoral qualification to supervise research) at the same university. This was completed in 2001 with research on industrial business relationships. In the academic year 1997/1998 he reinforced his international orientation as a visiting professor at the University of Western Sydney in Australia. Professor Jacob has held the position of professor of Marketing at ESCP Business School Berlin campus since January 2002. In this position he also had teaching assignments at institutions in different regions including Western Europe, Central and Eastern Europe, India, the Middle East, and Southeast Asia. He has extensive teaching experience in marketing on the undergraduate, graduate, post-graduate, PhD, and executive level. He is also involved in business consulting.